The Growing Habits of Roses - by Katarina Boudreaux 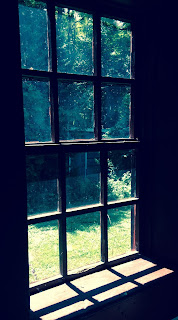 “It’s about time you come down off that high horse” Seal says.  “You’ve been riding up there so long, you don’t remember what it’s like here on the ground.”

Seal’s never been one to mince words, and now that her neighbor Anne has lost her husband, she’s determined to use them.  She and Anne were in school together, and by luck, they were now next door neighbors.

“Not that she ever wanted anything to do with me” Seal mutters and continues to water her Shasta daisies.

Watering is boring unless you’re a fool, and Seal decides to goad Anne a little more, as she knows that Anne can hear her.  “I’m just being a concerned neighbor.  Need a chit-chat?”

Anne was always different.  She always had different ideas, and sure enough, she ended up going to some foreign school and came back with a foreign husband.

Now that Seal thinks on it, she isn’t sure if he was her husband before he left, as she had never heard anything about a wedding.

Seal moves to water her bed of Lily of the Nile, but keeps in sight of Anne.

“Are you looking for him underneath those cabbages?” Seal asks.  “The gossips are saying he took off with some other lady.”

Anne doesn’t respond, but Seal notices that she cringes a bit, and this makes her feel some satisfaction.

Seal leans over to make sure she gets enough water to the roots of her prize winning Lilies.  Seal is proud of her garden.  She always has the best blooms, and she looks over at Anne’s yard with a smug look.

Anne’s yard is in a sorry state.  Things are growing here and there, plants are mixed in with vegetables, and in all, Seal decides it’s a hot mess.

Organic mish mush mumbo jumbo -- that’s all that is, Seal decides.  Seal knows that Anne uses only natural this and that, and she can’t imagine why.

Seal peaks through the Oleander and watches Anne bathing tomato plant leaves with soap and water.

“Down here in the heat you need to use some good old pesticide and poison to get critters not to chew” Seal comments.  “It’s what’s needed to get things to grow up without huge holes in the leaves, that’s all I’m saying.”

Anne looks Seal’s way, then back at her sweet potato vine.

“There’s no way soap is going to keep away those loopers and whitefly” Seal says knowingly.  “You can’t eat that kind of sweet potato anyway.  Don’t know what you’re growing it for.”

Seal smiles, and turns her hose to water her big bed of multi-colored Lantana.

Now Lantana is a solid plant, Seal thinks.  It’s a reliable bloomer and doesn’t taste good to insects, but it looks pretty all summer.

“Now here’s a plant” Seal says and sprays a little water over the fence to get Anne’s attention.  “No trouble and nice looking, hard worker.”

Anne doesn’t look over, but Seal continues.  “Maybe you wish your husband was like that, right Anne?  No trouble and nice looking.”

Anne doesn’t respond, but Seal feels like she just has to let her words roll out.  “I should patent that phrase, maybe start a business getting men for women like that.”

There’s a flash of color and Seal knows that Anne is listening, as she is moving around behind the fence.

“Lord knows, I landed myself a good one” Seal continues.  “I don’t have to worry about where that man is.  He’s at work.  He’ll be home for lunch, too.  No place else he’d rather be, just like clockwork.”

Seal waters her Lantana in silence for a moment, and watches Anne tie brightly covered scraps of fabric to her staked plants.  Anne picks up a little brush again, and with a small bowl of water, she continues to wash each leaf like some kind of mother hen.

It bothers Seal that Anne doesn’t care about her advice.  I’m the best gardner this side of the river, Seal thinks, and she can’t understand why Anne won’t listen to her.

Some people, Seal thinks, and wonders if maybe Anne didn’t really finish her foreign education at all.  Maybe, Seal thinks, Anne just went off and landed herself in prison or something for all of those years.

“You did come back with a strange man and with no word at all” Seal says under her breath and aims her hose at the bed of annuals she planted this year.  “It’s hard to get the mind around that kind of story.”

Seal is disappointed with this bed, and she viciously sprays the water right at the Vinca that hasn’t grown the way she expected it to.

“Never going back to that nursery” she mutters, then looks over at Anne.  Anne is now clipping dead leaves off her rose bushes.

Seal hates rose bushes.  She’s never had any talent with them.  It’s like they just don’t like her touch.  Anne’s rose bushes are the best part of her garden, and they are blooming beautifully in pink and red.

“I’m glad someone’s got the patience and the time with those babies” Seal says and sniffs.  “Roses suit you, Anne.  Highfaluting for highfaluting.”

Seal can’t say much more, as she can’t fault Anne’s roses.  They are growing fiercey, and Seal admits to herself that she is jealous of the way they smell good across the fence, and look so heavy and full on the branch.

“Now just stop that” Seal commands her mind, and swings the hose around to her hanging Begonias.  “The Lord said not to want your neighbors things.”

“I’m giving up on you” she says over her shoulder to the Vinca bed.  She remembers the nursery and makes a big mental X over it.

Seal sighs.  Her Begonias are big and plentiful, and shel loves the way the plants’ arms just drape and sway with the slightest breeze.

“Not like we get much wind, right Anne?” Seal asks.

Seal looks over at Anne’s yard, and chuckles.  Anne is trying to nurse some sad looking orchids back to health, but Seal knows when a plant is done for, and the orchids are past done for.

“You’re wasting time there, Anne.  Those are scorched, and once the good Lord scorches them, there’s no coming back.  Think on Lot’s wife.  Too picky, those orchids; better off with something nice and solid -- a good grower, no trouble”  Seal says and waters the big planter of ferns chained to the front rail.

Some damn fool had stolen the previous planter, and though Seal still harbors suspicions about Anne’s husband taking it, she is resolved to let it go out of neighborly love.  The Cast Iron plant in it is root bound anyway.  Anne hates repotting, someone else can do it, or just watch the plant die.

“I’ve got plenty of others around the trees in the back, and those aren’t root bound” she says and waters the pretty Asparagus fern in the new planter.

Seal loses sight of Anne for a moment, then sees her head pop up next to some fruit trees.

Fruit trees in the middle of a city, Seal thinks, and shakes her head.  It’s pure nonsense, trying to make an orchard in the city.  Seal clears her throat.  “Don’t you realize my front porch is looking in on your back, and you are growing fruit trees?  My view will be ruined.”

Seal keeps shaking her head, then looks around her front yard.  There is nothing more to water, and she can’t think of anything else to do on her porch, so she walks to the hose caddy and starts to wind it up.

Anne’s head appears near the hose caddy.  Her head is round and small, and Seal looks at her pretty eyes in her pretty face with distaste.

“Well look who came on down to the fence for a word.  What, are you getting lonely up there with your caterpillars eating on things?”  Seal tries to stand tall to give herself some regal bearing, an edge.

“Seal.  I smell something burning.”  Anne’s voice is whisper soft, and Seal doesn’t remember her voice ever being so whisper soft.

Anne moves away from the fence, and goes back to tying up her fruit trees.

Seal is still for a moment.  The hose lies limp and forgotten in her hand.  Something burning, she thinks; here I am talking good advice all this time, and she’s going to tell me to use my nose like I don’t use it enough all...

Seal leaves the hose unwound and yanks the front door open wide and runs in.  C.J. will be home in a bit for lunch, and she remembers now how she put the seafood pie in the oven, how she ran out to water when she saw Anne moving in her back yard, and how quickly her new gas stove cooks.

There’s no smoke yet, but she knows trouble is happening when she reaches the kitchen and the smell of burnt swimming things hits her.

Seal turns the stove off, and grabs for her oven mitts.  The seafood pie is dark and crisp, and she throws the pie and baking bowl in the sink.  Scrambling for the oven door, she closes it while she turns on the water.

A thick hiss rolls through the kitchen, followed by a plume of steam.

Seal looks at the mess in the sink, then looks out the window.  Anne is staking beans, tying them up to bear fruit.

“Could’ve burned down my house” Seal thinks, and decides there should be a law for neighbors that don’t know how to be neighborly.

“Confusing everything, causing trouble” Seal mutters, and walks to the refrigerator to see if she has enough bread for a nice po-boy.
-----------------------------
Katarina Boudreaux is a writer, musician, composer, tango dancer, and teacher -- a shaper of word, sound, and mind. She returned to New Orleans after circuitous journeying.  New work is forthcoming in Jenny, HARK, and YAY!LA.
www.katarinaboudreaux.com